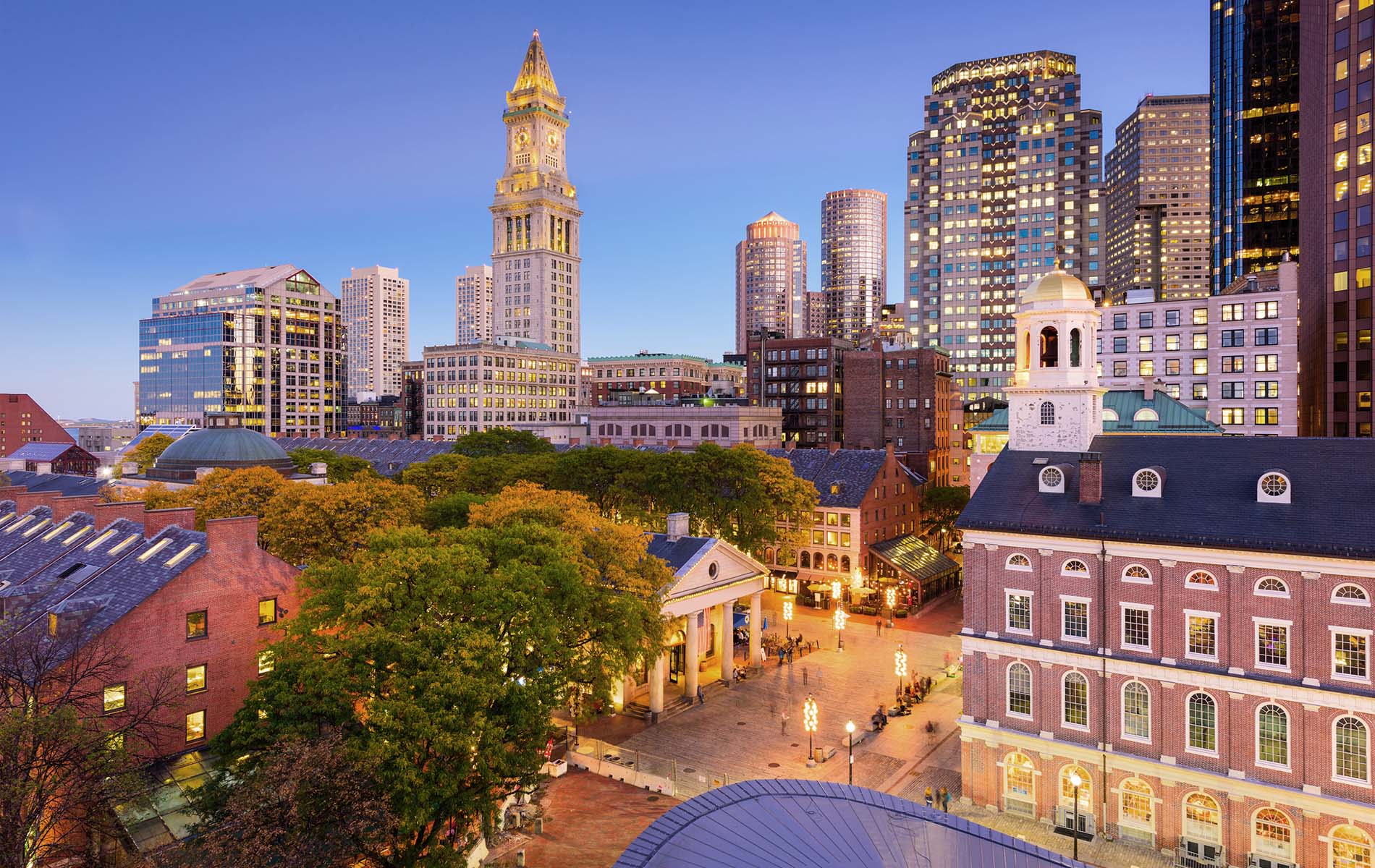 Located North-East of downtown Boston, near the Boston Waterfront, Faneuil Hall has been a marketplace and popular meeting hall since 1743. It is comprised of four areas: Faneuil Hall, Quincy Market, North Market and South Market. All four attractions are set around a cobblestone promenade where street entertainers gather during summer months and make for one of Boston’s liveliest areas to visit.
Originally built in 1742 as a gift to the city by Peter Faneuil, Boston’s wealthiest merchant, this public market house was home to merchants, fishermen, and meat produce sellers and also provided a platform for the country’s most famous orators. Freedom leaders such as Samuel Adams and James Otis used these halls to rally the citizens of Boston to the cause of independence from Great Britain. The Hall was destroyed in 1761 by fire, and rebuilt by the town in 1762. In 1826, neighboring Quincy Market was constructed, allowing for more commercial space for Boston merchants. On October 9, 1960, the building was designated National Historic Landmark and is a well-known stop on the Boston Freedom Trail.
During the holidays, Bostonians make it a tradition to attend Faneuil Hall’s renowned light and sound show, Blink!, showcasing the largest tree in the Northeast; an 85-foot tree with sparkling lights synchronized to music. Throughout the season, the marketplace offers special programming ranging from movie screenings, music and theater performances.