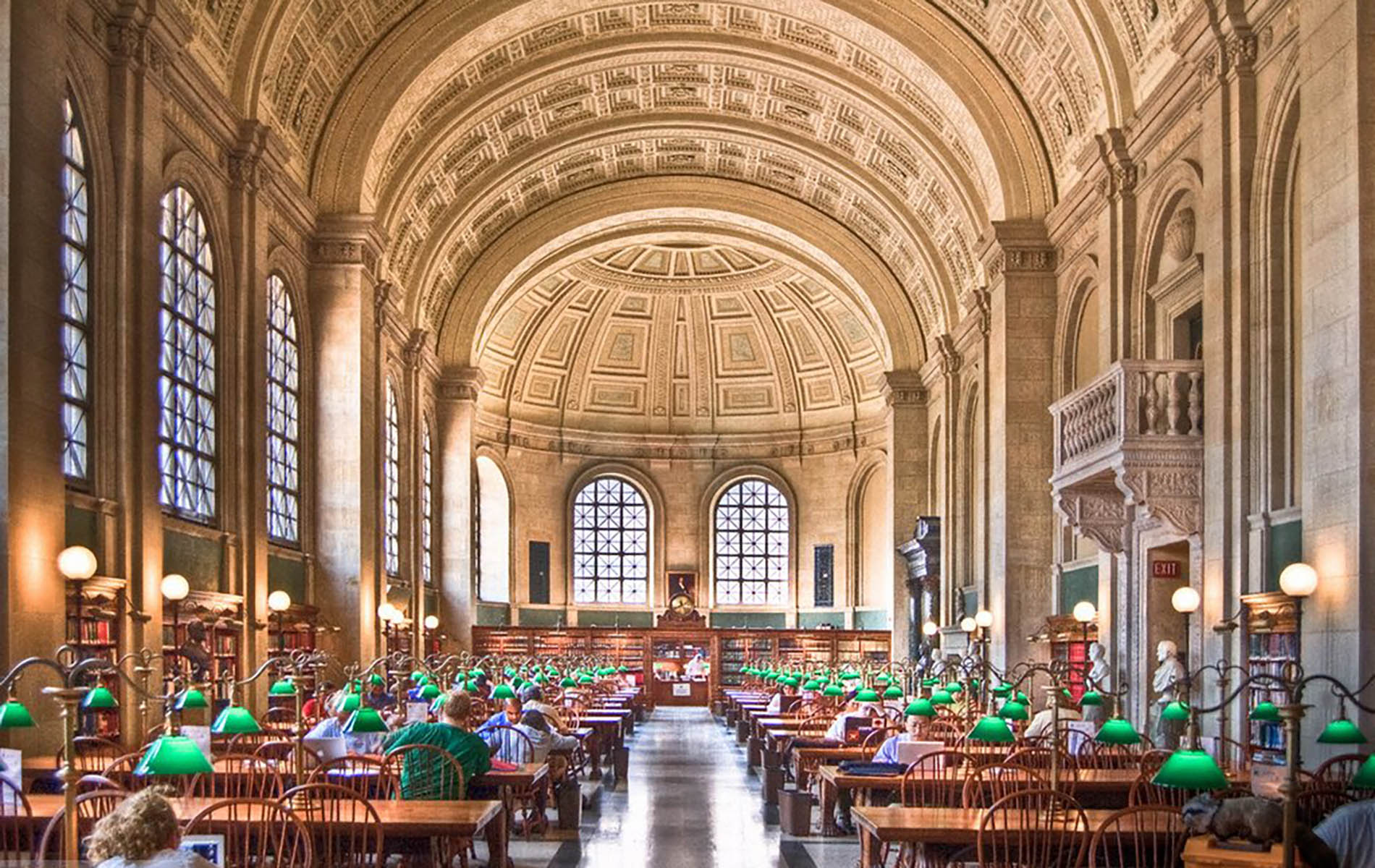 The library first opened its doors to the public in 1854. Originally located in a former schoolhouse, the library almost immediately needed a new home in order to sufficiently hold its collection of sixteen thousand volumes. Within four years, the library had accumulated an astounding fifty thousand more volumes, and was thus relocated to a larger building on Boylston Street. When the collection soon outgrew the Boylston Street location, the city began construction on a brand-new library building in Copley Square, where the Boston Public Library headquarters remain today. Dubbed a “palace for the people” by architect Charles Follen McKim, the new building opened to the public in 1895.

While the Boston Public Library is, of course, a book lover’s haven, it boasts a great many captivating features beyond the books. Perhaps most notable is a series of exquisite fresco murals painted by John Singer Sargent, Edwin Austin Abbey, and Pierre Puvis de Chavannes. The library also holds an open-air central courtyard and café, which doubles as the perfect place to rest your feet after touring, or delve into a newly rented book while enjoying a cup of coffee. Designated as a National Public Landmark in 1986 for its unparalleled Renaissance Beaux-Arts Classical architecture, the building in and of itself is a site to see.

Conveniently located just a few blocks away from Clarendon Square, a visit to the Boston Public Library is sure to be a memorable experience. The library makes for a great rainy day destination as well, given its close proximity to the Inn. For those interested in learning more about the library, public guided tours are offered once a day. Library hours and tour times vary each day, so be sure to check online before you head over.