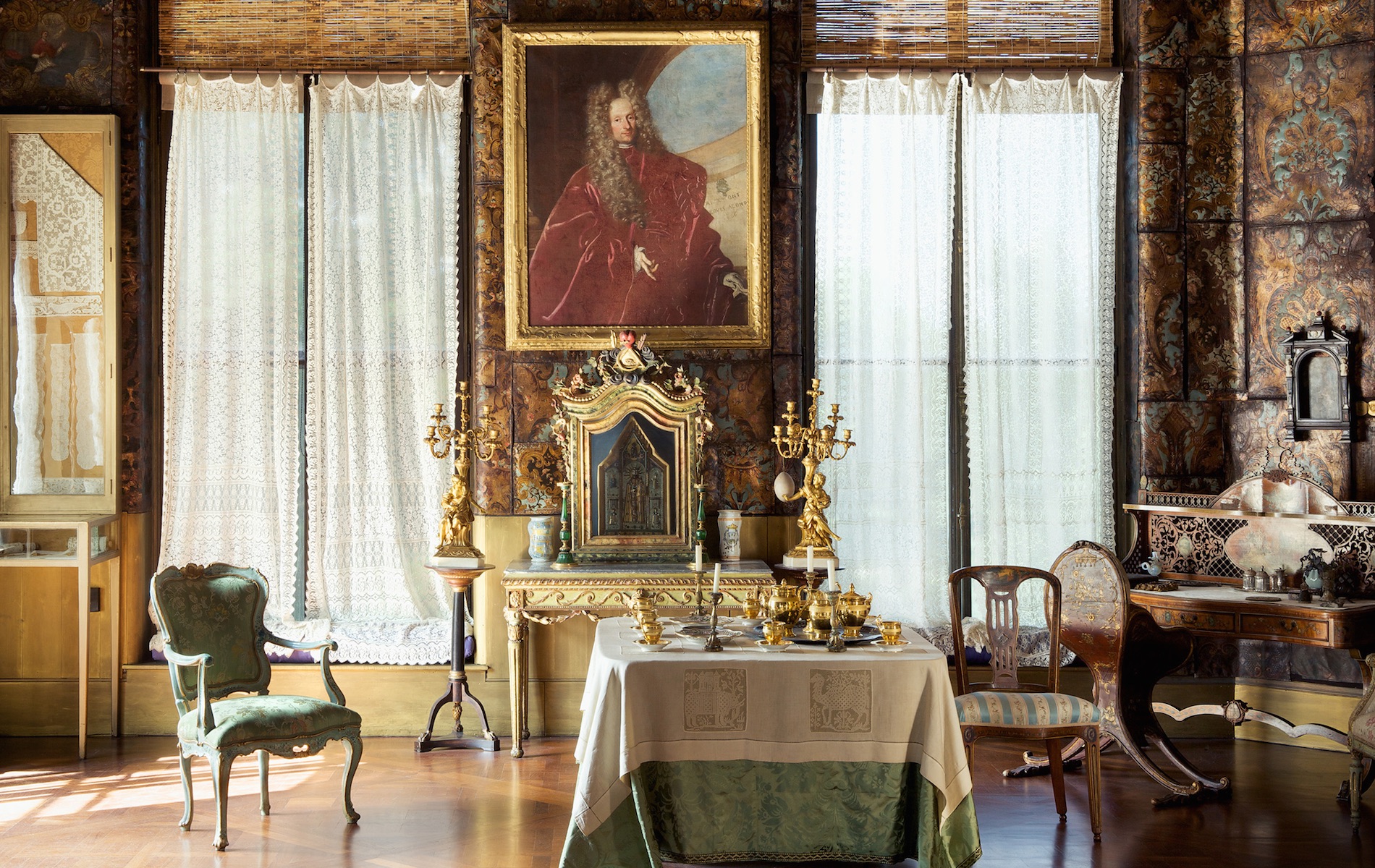 Isabella Stewart Gardner was born in New York City on April 14th, 1840 to a well established family who made their fortune importing fine Irish linens among other lucrative investments. She was raised in the West Village and began her education in New York only to finish abroad. Her Paris classmate, introduced her to the man who would later become her husband, John “Jack” Lowell Gardner Jr. In 1860 a few days before she turned 20, Isabella Stewart married Jack Gardner in New York City, then moved to his hometown of Boston. The newly betrothed couple would settle in the fashionable Back Bay at 152 Beacon Street. Their new home was a wedding gift from her father.

A few years into their marriage, the Gardners suffered the loss of their first born Jackie, who died of pneumonia. Hoping to escape her depression, the couple traveled to northern Europe & Russia. The trip brought new excitement to her life and would be the first of many trips abroad. The Gardners travelled extensively through Egypt, the Middle East, and Asia and Isabella kept meticulous journals documenting her elaborate travels.

In 1884, Isabella made her first visit to the Palazzo Barbaro, a Venetian palace owned by Bostonians Daniel and Ariana Curtis. The palazzo was a popular outpost for a group of American and English expatriates, including painters like John Singer Sargent. Palazzo Barbaro became a major source of inspiration for Isabella to create her own museum in Boston.

Back in Boston Isabella was drawn to the intellectual life of Boston and Cambridge. She a met charming and intelligent Harvard student Bernard Berenson in 1886. With Isabella and some friends serving as his benefactors Berenson traveled to Florence in 1887 to pursue a literary career, but soon he preferred Italian Renaissance art. He became Isabella’s chief art advisor, helping her acquire several masterpieces.

In 1891, Isabella’s father died, leaving her an estate valued at $1.75 million (that is over $200 million today). The perfectly timed windfall propelled the art collector forward. Isabella & her husband Jack made the decision to spend her inheritance on a vast art collection. One of her first acquisitions was Vermeer’s The Concert, purchased at a Paris auction in 1891 for $6,000. Isabella notoriously outbid representatives from the Musée du Louvre in Paris and the National Gallery in London. Her private acquisition of this painting gave her immediate credibility as a serious collector with impeccable tastes. Isabella Gardner also acquired Rembrandt’s self portrait. It is with this acquisition, she and Jack decided to create a museum to house their growing collection. She also bought Titian’s Rape of Europe for £20,000, at the time a world record. By 1897 she returned to Venice, to begin collecting architectural elements for the future museum.

Jack Gardner died unexpectedly of a stroke on December 10, 1898 and would never see their museum materialize. At the beginning of the new year, Isabella continued with their plan to purchase land in the Fens, a vacant area of the city. She hired local architect Willard T. Sears to design plans for a museum. Construction began a year later and would be completed by the end of 1901. Then she moved into the private fourth floor apartment so she could personally oversee the museum on the bottom three floors. She devoted the rest of her life to acquiring art and changing the installations throughout the museum.

Isabella Stewart Gardner had a stroke in 1919 but continued to welcome guests at her museum for another five years. She died in 1924, leaving the museum a gift to the city a few conditions. She was still very well off at the time of her death and was able to provide an endowment to operate the museum. Her man stipulation was that nothing should be changed, and no items be acquired or sold from her collection.

Today the museum mostly resembles Isabella Stewart Gardner’s home, museum & vision. In 1990 it suffered the single largest property theft in history. You can read all about the Art Heist at the Isabella Stewart Gardner Museum here. Thirteen priceless works were stolen including her Vermeer. There is currently a $10 million reward for information leading to the recovery of all 13 works. The 1990s served other pains, growing pains, as the museums following grew along with fear that the over 200,000 visitors each year would damage the museum & its collections. The solution was an ambition plan by Renzo Piano to add an 80,000 sq ft new building to house additional art, programs and a proper visitor entrance. In 2012, the expanded museum would debut to much acclaim, beautifully connecting the old world with the new.