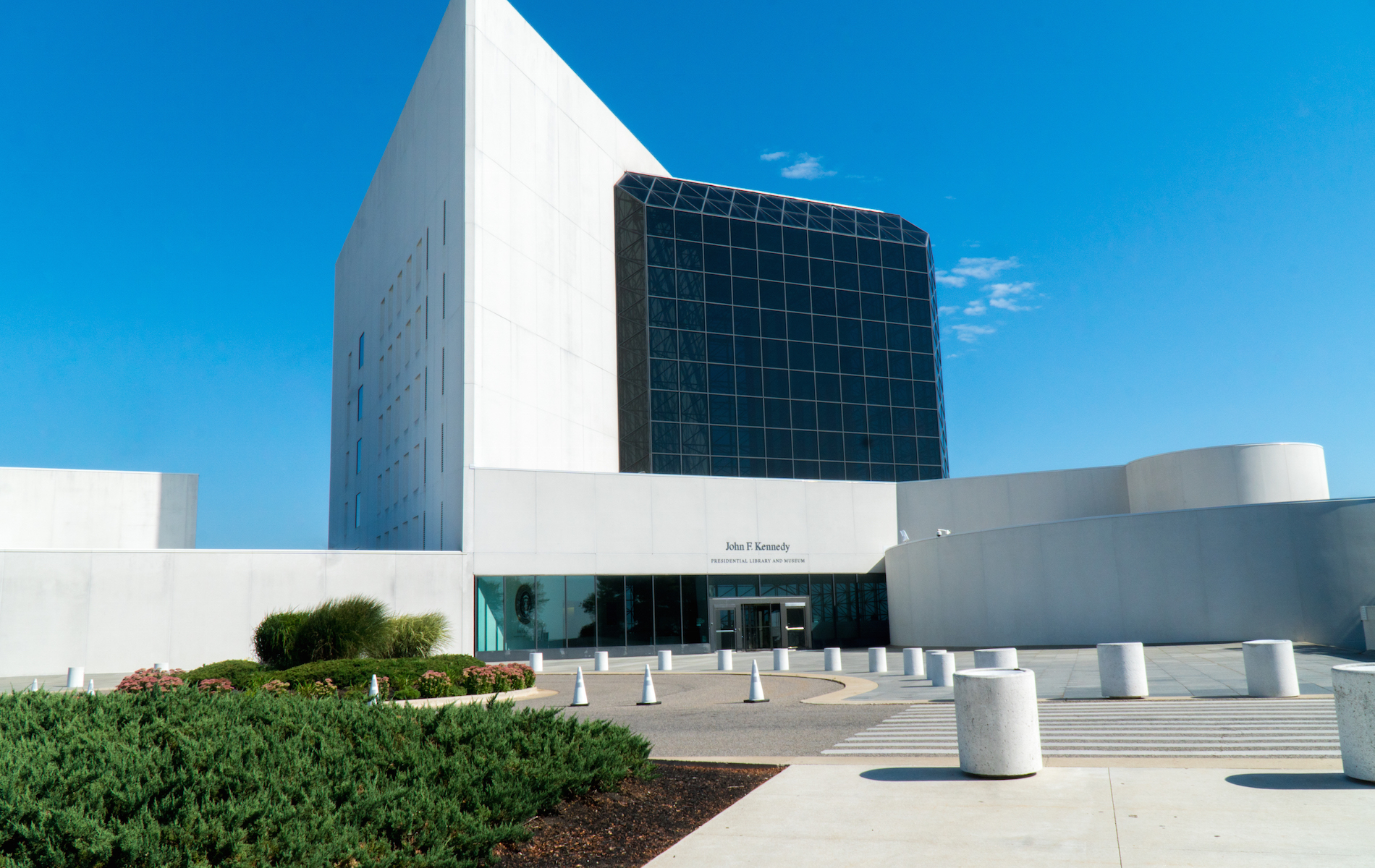 Overlooking the shores of the 35th US president’s beloved Boston Harbor, the John F. Kennedy Presidential Library and Museum stands as a thorough, immersive tribute to JFK’s enduring legacy. Chinese-American luminary I.M. Pei, favored by Jacqueline Kennedy among the many notable architects proposed for the project, designed the stately building. The split-level design is in many ways meant to emphasize Kennedy’s love of the ocean—not only by virtue of its location but also through details such as the deliberate use of beach grass onsite as well as the magnificent stairway connecting the building to the waterfront.

Originally conceived by Kennedy himself only shortly before his untimely death, the president’s idea was to expand on the concept of the four Presidential Libraries that existed at the time. Namely, instead of merely collecting presidential documents, the library would also serve as a museum that vividly embodied a complete Presidential era.

Housing seven permanent wide-ranging exhibits – covering themes as diverse as the iconic 1960 presidential campaign and the First Lady Jacqueline Bouvier Kennedy’s belongings – the JFK Presidential Library and Museum earns our highest recommendation for its commemoration of not only a US president but also a heroic figure of one of Massachusetts’s most important political families.